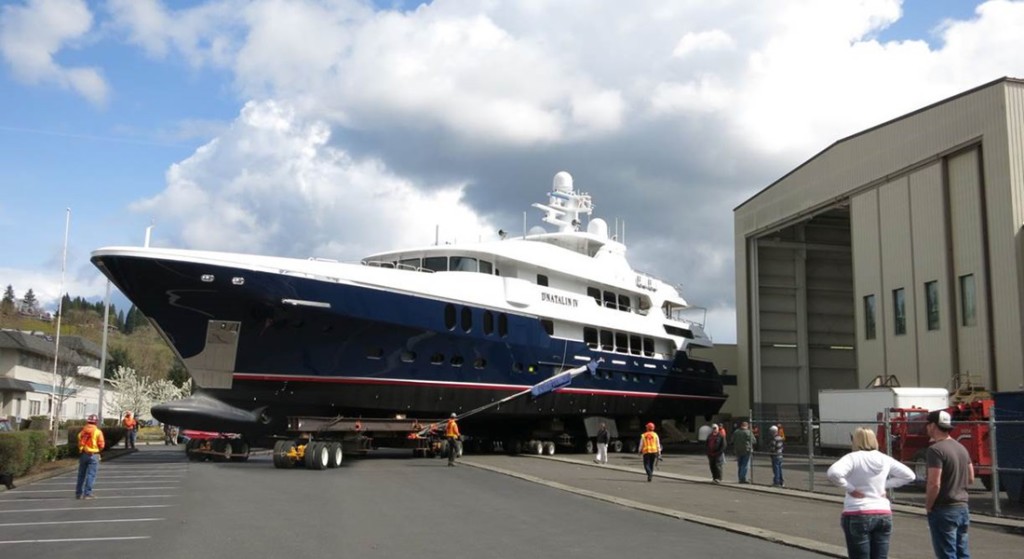 UPDATE, MARCH 26, 2015: A Clark County Superior Court judge has appointed Miles R. Stover, president and founder of of Turnaround Inc., experienced in crisis and financial restructuring as well as receiverships and more, as a general receiver for Christensen Shipyards and its assets. This means that Turnaround has exclusive right to manage, operate, sell, and otherwise control the company.

Read on for the original article.

A response to a lawsuit filed this week by the co-owner of Christensen Shipyards against his fellow owner reveals that the builder may sell to another Washington-based megayacht firm, Westport Shipyards.

According to Clark County Superior Court records, a joint lawsuit was filed on March 9 by Henry Luken, who owns 50 percent of Christensen Shipyards, and Christensen Financing LLC, a company affiliated with Luken. The lawsuit requests that a judge appoint a receiver to take over Christensen Shipyards’ operations and assets. Those assets include two partially built yachts, one belonging to Luken and the other to Christensen Financing. The suit states that the receiver would be able to work directly with all of Christensen Shipyards’ current customers, rehire workers, and ensure projects are completed. “It is critical that this process begin immediately,” the filing reads. It further alleges that the builder is “insolvent, or it is not generally paying its debts as they become due, or it is in imminent danger of insolvency.” The yard’s response to the lawsuit, filed with the court on March 11, acknowledges this depiction of its financial health.

We reached out to Westport Shipyards for comment. We have not received a reply as of this writing.

Luken’s lawsuit is one of five filed against Christensen Shipyards over the past month by creditors. One of those creditors, Stellar Industrial Supply, supports Luken’s and Christensen Financing’s request for the appointment of a receiver, court filings reveal. The company believes the yard’s shareholders and directors are “deadlocked” over how to manage the business.

Christensen Shipyards closed its gates in mid-February and has not reopened for regular business since then. These developments followed an announcement in December that it was working on an ownership restructuring.