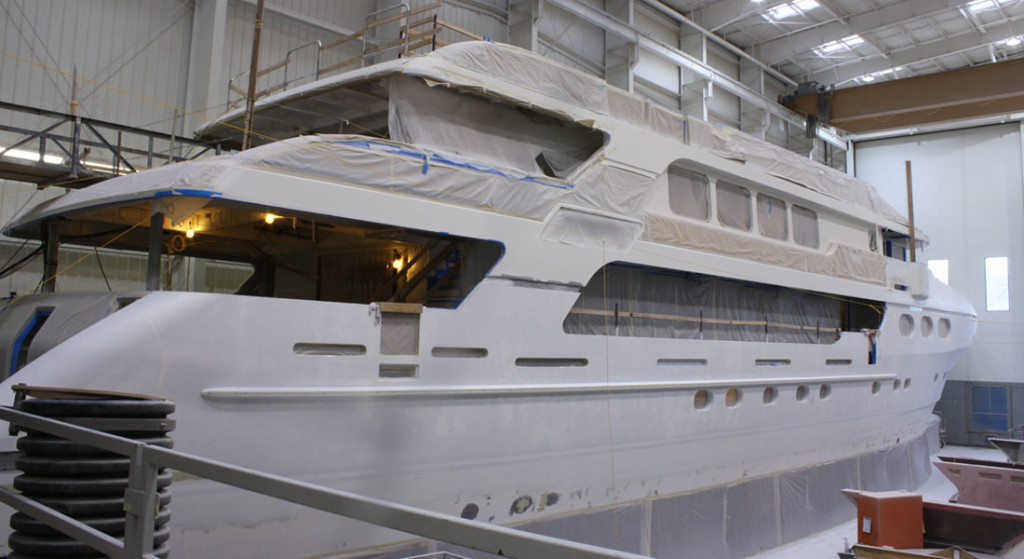 UPDATE, JUNE 30, 2015: The sale of Christensen Shipyards to Henry Luken, via a company called WIT Washington, closed on June 29. WIT Washington has assumed the contracts to complete three megayachts presently in various stages of construction. They are referred to in court documents as Hulls 36, 38, and 40. Hull 42 is being sold to her owner, though the owner will have Christensen complete the construction. According to an interview in The Columbian newspaper with Luken, all operations will remain in Vancouver, Washington, with additional staff to be hired over time. Luken adds that he plans to build additional, larger yachts in Tennessee, at a partially completed facility. Construction on that facility began prior to the global economic recession. It will concentrate on megayachts from 170 to 220 feet.

Read on for the original article.

If a Washington State judge approves a motion filed last week, Henry Luken, who has owned half of Christensen Shipyards for the past several years, will own all of the company.

The motion was filed by Miles R. Stover, president and founder of Turnaround Inc., who was appointed in late March by the superior court of Clark County in Washington as the receiver for Christensen Shipyards. This followed the yard closing its gates in February and a lawsuit filed in early March by Luken and Christensen Financing LLC, a company affiliated with Luken. The lawsuit requested that the court assign a receiver to take over the yard’s operations and its assets. The lawsuit further stated that Christensen Shipyards was “insolvent, or it is not generally paying its debts as they become due, or it is in imminent danger of insolvency.” The yard’s response to the lawsuit, filed with the court two days later, acknowledged this depiction of its financial health.

As the receiver, Stover was to review Christensen Shipyards’ assets and liabilities and determine the best course of action. According to court documents, he rehired 70 workers and resumed some operations. Furthermore, Stover held discussions “with various potential purchasers,” Luken being among them. On May 19, Luken submitted a letter of intent to buy “substantially all of the assets of Christensen,” the documents state, for $5.5 million. “Although the Receiver has had discussions with other potential purchasers, no other party has submitted an offer or letter of intent acceptable to the Receiver for the purchase of Christensen’s assets.”

The motion’s approval would mean that Luken, or a company owned by him, would take over Christensen Shipyards’ contracts for the completion of three megayachts currently in build. A fourth yacht also in build may be excluded from the deal. That megayacht is Hull 042, a Christensen 164 Custom Series, which was announced as project Trifecta in 2012. Regardless, Luken would also take over Christensen Shipyards’ land lease and a sublease.

“I believe it is critical to sell the Assets as soon as reasonably possible in order to mitigate expenses incurred by the estate and to preserve the value of Christensen as a going concern,” Stover writes in his court filing. “In my business judgment, the purchase price for the Assets set forth in the Letter of Intent is fair consideration for the Assets, and a sale of the Assets on the terms set forth in the Letter of Intent will maximize the distribution to the estate’s creditors.”

The Clark County superior court judge is expected to make a decision in mid-June. If the sale is approved, the closing may take place by June 30.