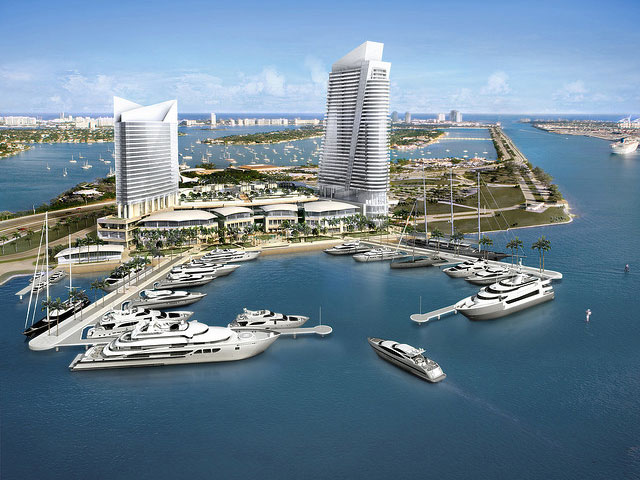 A long-planned and long-delayed megayacht marina on Watson Island, owned by the city of Miami, could become a reality within the next year. That is, if Miami city commissioners approve a waiver granted by the state of Florida.

The Watson Island project was initially approved by voters in 2001, and Miami city commissioners granted a 75-year lease and a construction permit to the developer, Flagstone Property Group. Planning and obtaining permits took a few years, but in 2006 Flagstone Property Group finally released details. Dubbed Island Gardens, the project included residences, a hotel, shops, and 50 slips capable of handling megayachts more than 450 feet LOA. The latter would make the Watson Island marina the only one in the United States dedicated solely to this market.

However, Flagstone Property Group could not start the project right away. A new waiver was needed from the state. The original waiver, granted in 2004, was required because the state gave Watson Island to Miami for public use in 1949. Therefore, commercial development needed a state sign-off. The new waiver was needed because of the extensive changes to the initial plans for Island Gardens.

No timeline has been announced for when Miami city commissioners will vote on the new waiver. However, Flagstone Property Group anticipates breaking ground within the first half of next year if all goes well.