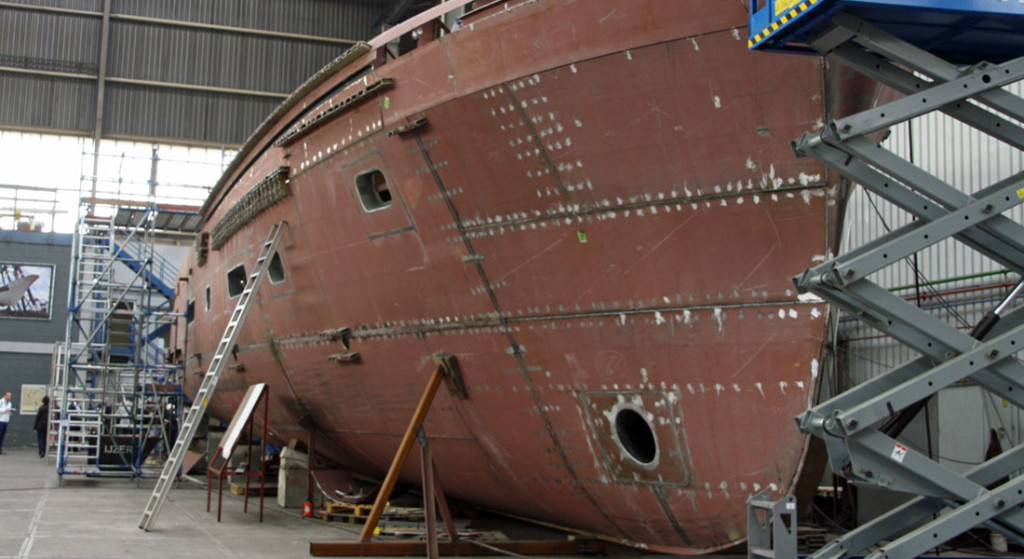 The financial struggles of the company funding two new builds at Moonen Shipyards have in turn caused monetary problems for the yacht builder. It has filed for what’s termed suspension of payment, which involves restructuring.

In The Netherlands, a business can ask a court to grant suspension of payment to avoid bankruptcy. Suspension of payment can last as long as 18 months. A court-appointed administrator assists the company during this period in its negotiations with creditors and all other financial matters.

Moonen’s problems stem from those of Altos Hornos de Mexico (AHMSA), the largest integrated steel plant in Mexico. It’s a major shareholder, further financing two of the Caribbean Series megayachts in build. Due to a sharp drop in steel prices this year, partly blamed on an increase in steel imports from China at dumping (quite low) prices, AHMSA has laid off thousands of workers in recent weeks.

A statement released by Moonen reads, “Due to the cash-flow problems AHMSA is no longer able to further finance the two yachts that are under construction. As a result also Moonen Shipyards is faced with an immediate cash-flow problem.” It adds, “By asking for suspension of payment, the director of Moonen Shipyards hopes to get the time to search, in good cooperation with the receiver, for solutions for a restart.”

This is the second time in recent years that Moonen has faced financial trouble. In the midst of the global economic crisis, its majority shareholder bowed out. A client became the new investor in 2013. That client built three Moonens between 2004 and 2013, each carrying the name Sofia. He further became the owner of the first Caribbean series to start construction.

That Caribbean series yacht is independent of the two funded by AHMSA. Moonen says that refits are in discussion for later this year, too.